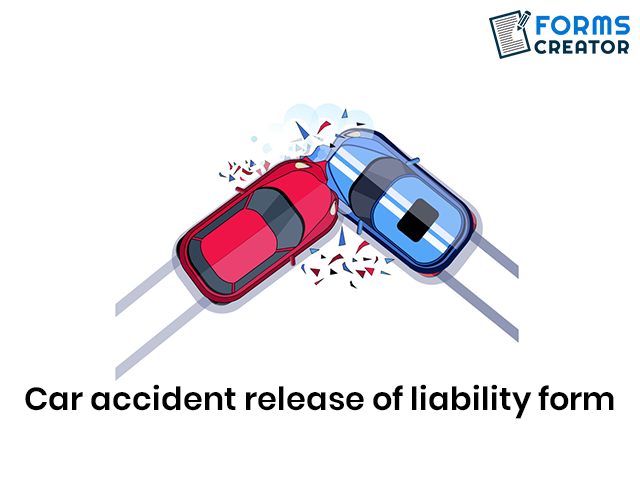 Car Accident Release of Liability Form is one of the legal documents guaranteeing a settlement that is to be finalized outside of the legal system. It is also referred to as a settlement agreement that is agreed upon by the involved parties. By signing the legal form, the Releaser promises to not sue the other party. The agreement can be based on the amount being paid by the liable party.

The Basics of Release of Liability Form (Waiver Form)

Release of Liability Form for Car Accident encompasses these things:

The following steps should be followed:

Even the smallest details should be recorded after the accident. The victim’s health conditions and everything about their vehicle should be taken note of. Click photographs as visual evidence and pen down everything that you remember. If the police arrive at the scene, get a copy of the report filed. This aids in getting an idea of the crash.

If there are any minor injuries, they may not be eligible to be claimed. But if there are major injuries and serious vehicle damage, a claim can be filed. The victim can claim for the vehicle damage, injuries, loss of wages, etc. Remember that the defendant can approach the victim with an offer for compensation. The case can be settled outside the court by compensating according to the Car Accident Demand Letter. However, both the parties can involve attorneys to arrive at a better decision.

The insurance companies mostly settle the disputes. The parties involved in the accident need to in constantly connected to track the progress of the case.

As the concerned party or victim receives the settlement amount, a finalized form will be written and authorized upon mutual agreement at the location. The insurance company will provide the check or settlement amount along with the agreement. Once the document is signed, the victim agrees to not sue the defendant for any charges or ask for money later.

Once the compensation is received and everything falls in place, what next? The general release of liability form template should be kept safe. If any future instances of re-filing the case happen, you should have related documents. So, on a safe side, this form document template should be stored safely. Both parties should retain a copy.